Ticking Away by Michael Sewnarain

Ticking Away is a story about a watchmaker. The director, Michael Sewnarain, got the inspiration from observing his father at work. He was a watchmaker himself and the home he grew up in was always full of old clocks in various states of repair. Though it is by no means an autobiographical film, the memories did leave an impression.

Michael Sewnarain is a animation director/ animator / story-artist / illustrator living and working in the Netherlands with a field experience of over twenty years.
Throughout the years he has worked on many different type of productions; feature films,TV-specials independent short films and everything inbetween. His main love, though, and the bulk of his experience consists of working on hand drawn, classically animated projects. Apart from collaborating on commercial productions, he enjoys working on his own independent shorts, which he writes and directs. 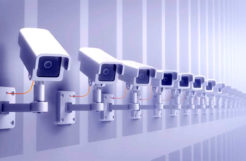 The Last Shot by 2Factory

In the sea and near a girl – Masanobu Hiraoka