Nina Gantz’s dark and touching animation Edmond tells the story of an oddball character whose desire to be close to those around him reaches cannibalistic extreme.

The dutch director’s graduate film from the National Film and Television School has won numerous awards including a BAFTA and a Short Film Jury Award at this year’s Sundance film festival. Read more on NOWNESS 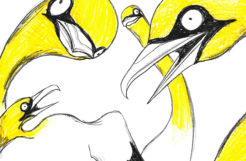 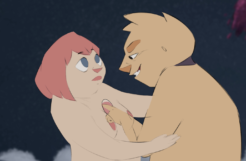 My Dad by Marcus Armitage