ASF Public Choice 2016
Public contest where every person can vote for their favourites.
Only suitable for voting the shorts that were released online in 2016 and that were selected by ASF.
The competition ends the end of the year.
ASF Best Short
At the end of each year, ASF will atribute a deserved recognition for what we considered the best animated short that was released online.
ASF has been receiving messages on Facebook from many companies asking to recommend film-makers and to put in contact with them.
The Winner will have the opportunity to be featured at the main page of our website, staying forever at the Awards section and have a special distinction at our Facebook page exposed to thousands of followers worldwide.
Featured 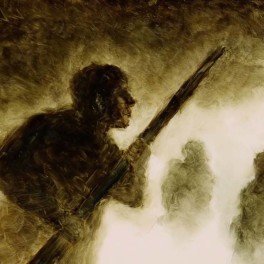 Get your fav bowl of cereal and saddle up as we follow along on our hero’s quest for the coveted Fender Pedals!

"An Insta-series based on a true story: yours. Because true love doesn't always find a way."

A beautiful mix of colors tells an abstract story between a man on a lighthouse and a bird.

WE NEED TO TALK ABOUT COSMOS

After making a short statement about the difficulties of going into space, Roger recounts, in a dry and humoristic tone, the problems one encounters there. He...[Read More]

Every two months animators at MediaMonks gather to go deep into their souls. The result is an animated explosion, with a color palette and one theme in common...[Read More]

A movie about Macho's, guns, cars, motorcycles and hot girls.

A man with a Rubik's Cube for a head tries to connect with others. When he fails, he tries again. When he fails again, he runs away. The Final Year Graduaton ...[Read More]

The swimmingpool - the white tiles and its atmosphere. Put yourself naked and wash, dive and rise to the surface.

As celestial beings descend to Earth vitiating its population, the world’s order unbalances. Initiated by these terms, a tragic fall leads to the parturition ...[Read More]

We all know artificial intelligence is the future, but what happens when you give it a smart phone and unlimited free WiFi?