Gobelins, the school of visual communication, is a Parisian school of the visual arts, with its main location near the Latin Quarter. A consular school funded by the Parisian Chamber of Commerce and Industry, it provides several programs at a range of fees.

It is best known for the Cinéma Department of Animation, founded in 1975 by Pierre Ayma, who brought the school into the spotlight. It has an international reputation, producing numerous talented individuals and teams hired by the world’s leading animation studios, including Disney, Universal, Hanna Barbera, Pixar, DreamWorks and Warner Bros. 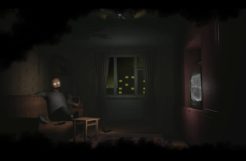 Nightmare in the Morning by Yonatan Tal